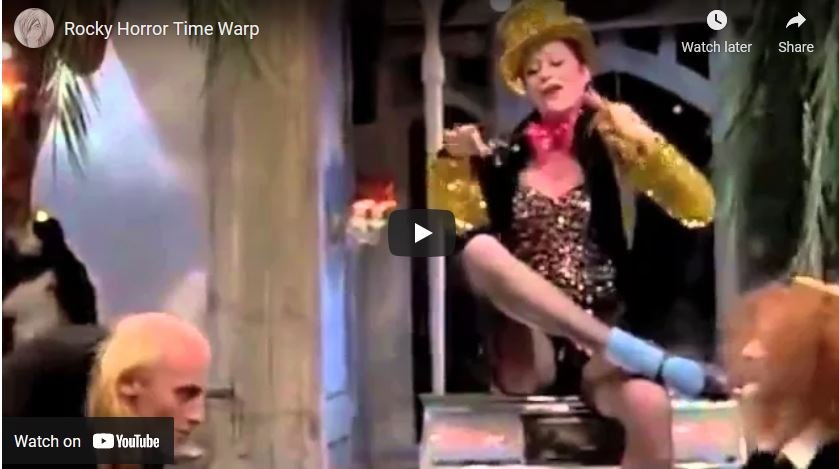 Rocky Horror Picture Show – What’s Up With That Movie?

I recently saw a video of a barbershop quartet singing the “Time Warp” song from The Rocky Horror Picture Show. After listening, I was curious to go watch the original video of the “Time Warp” from the movie and YouTube didn’t disappoint.

I’ve never watched the Rocky Horror Picture Show from start to finish. When I was in high school, a buddy and I were hanging out one night looking for something to do. At the time, Oak Park Mall had a dollar movie theater and on this Saturday night, they had a midnight showing of The Rocky Horror Picture Show. Neither of us knew much about it but had heard about the movie and its popularity. So we decided to check it out.

After we bought our tickets and walked into the theater, I don’t ever remember seeing a group of strange people like that before. At the time, we didn’t realize that they were all dressed in character and that this was a “participation” movie. The movie started and at one point my friend and I both got pelted with rice in between people getting up and dancing in the aisles. I think they were doing the “Time Warp,” but I don’t really remember. Since we weren’t in on the joke, at one point we looked at each other and said “let’s get the heck out of here!”

From what I watched of the movie, I’d consider it the worst movie I’ve ever seen. And that’s saying something. Guess it would have been better if we had been in on the joke, but obviously, we weren’t. The song brought back some memories, so I thought I’d share my experience!