What A year It’s Been 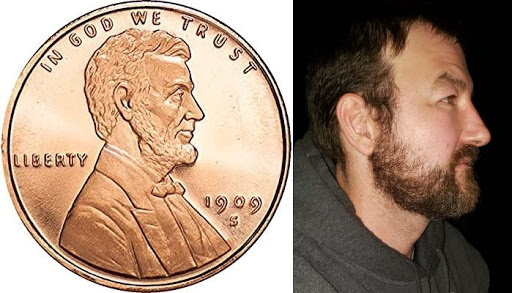 It’s been about a year since I decided to jump into blogging again.  My initial goal was to post something once a day.  That didn’t quite happen.  It happened more often during the Covid stay at home order, but it hasn’t happened much other than that couple of months.  Writing a blog is hard when you’re busy with other things.  I haven’t posted much on my K-State blog either since there really hasn’t been much to write about.  I hope that changes about a month from now when the college football season starts.
As with anything on social media, some of my blog posts get read a lot and others don’t.  I get a lot of private messages from people telling me they love the blogs and I don’t get much, if any, negative feedback.  Guess that’s a good thing!
Looking back at the last year I traveled a little bit and accomplished a lot.  I like to take a lot of pictures so that I have a running history of everything I’ve done.  I like to look back on them from time to time, which is why the “Facebook memories” feature on Facebook is kinda fun.
A year ago in August I hosted a tag party at my house with a lot of my barbershop quartet and chorus friends and also had a “Joe’s barbecue quest” event at Tin Kitchen in Weston, who I deemed as having the best barbecue in Kansas City.  A lot of my barbecue blog followers showed up to the event so I got to meet them in person and some Kansas City barbecue dignitaries showed up, like the “BBQ Tourist” Ryan Cooper, Ardie Davis, who is in the American Royal Hall of Fame, and Jill Silva, former food critic from the Kansas City Star.  It was such a great time and owner Sean O’Malley still displays the trophy I gave him on their front counter when you walk in the restaurant.
August brought the start of college football and a pleasantly surprising 8-4 record for Chris Klieman’s Wildcats.  It is depressing not to be able to relive those annual fun times this fall.
In September I went to Vail, Colorado with a couple buddies and we had a blast in the mountains for a week.  October brought the chili cook-off, which is also cancelled for this fall.  I’m still planning on having it in my backyard, so look for the invite when we finalize plans!
December brought Salvation Army bellringing and time with family and a trip to the Liberty Bowl in Memphis, Tennessee with my Mom and Dad.  That was a really fun trip.
I also became more involved in local politics in the past year thanks to Pete Mundo and his “Politics and a Pint” events.  Pete is the host of the morning show on KCMO here in town and he’s a great guy that I’ve gotten to know since he’s been in town.  Pete invites a local dignitary or politician to each event and interviews them and then allows us to ask questions.  If you stick around afterwards you usually get some one on one time with the guest.  Because of these events I’ve gotten to meet and talk to so many local politicians that I would otherwise never be able to.  It’s been fun, but those events have also been temporarily shut down due to Covid.  I hope they can get up and running again soon.
In early 2020 I signed up to be a Big Brother with Big Brothers/Big Sisters of Kansas City. After quite a rigorous application process, I was accepted and eventually assigned to my Little Brother.  He’s a big basketball fan so we went to the first round games of the Big 12 tournament in Kansas City and ironically that was the day that Covid hit.  The conference tournaments were cancelled the following day and the NCAA tournament followed.  Then the world got cancelled.  Stay at home orders, quarantines, and cities shut down.  What a horrible time for everyone.
My buddies and I decided to get together every Saturday during the stay at home order to try to bring a little normalcy to our lives.  We also grew “rally beards” and called it No Shave Corona.  You can see my beard in the pic above.  We were sitting around the fire one night and a buddy of mine said I looked like Abe Lincoln with my beard.  I said “how do you know what Abe Lincoln looked like?”  He said “well, he’s on the penny!”  So that gave me the idea of the picture above and the rest is history.  Who wore the beard better, me or Abe?
My Mom’s 70th birthday party was a couple weeks ago and we had a bash for her but not as many people came as normally would.  It was still a great time.
Last weekend I took a weekend road trip to Tulsa to see my uncle and cousins and had a great time hanging out with them.  The world is still moving on.  I wish more people weren’t afraid of this virus, but to each their own.  I’m gonna keep on living.  As Andy Dufresne once said in the Shawshank Redemption…”Get busy living, or get busy dying.”  It’s become the motto of my life.  Hope you’ll all join me.
Till next time…